Unconventional oil and gas refers to the oil and gas resources which cannot be explored, developed and produced by conventional processes just in using the natural pressure of the wells and pumping or compression operations. 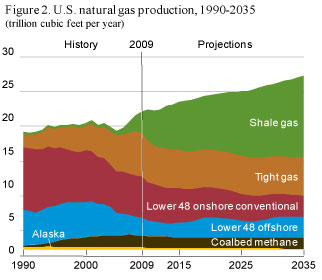 Until the 1990s the oil and gas prices were at a level leaving no space to develop technologies to explore and produce unconventional oil and gas resources.

In the years 2000s, the oil and gas prices started to increase slightly and long term perspectives wee indicating that they would not come down soon.

In the same time large consuming countries of fossil energy like USA, Canada, China started to realize to hold massive quantities of unconventional oil and gas.

This conjunction justified research and development efforts for the exploration and production of unconventional oil and gas.

Having identified the sedimentary basins of black shale, the shale containing oil and gas in their pores, the drilling companies tested in the Barnett shale gas field in Texas new technologies to stimulate the liberation of the tiny hydrocarbon particles.

This discovery was significant because it unlocked some of the largest natural gas deposits in the world.

In a second step, these drilling companies realized that in injecting water they could increase the permeability of the shale helping the flow of the natural gas particles across the pores.

Under the pressure the injected water is fracturing the pores and unlocking the natural particles. 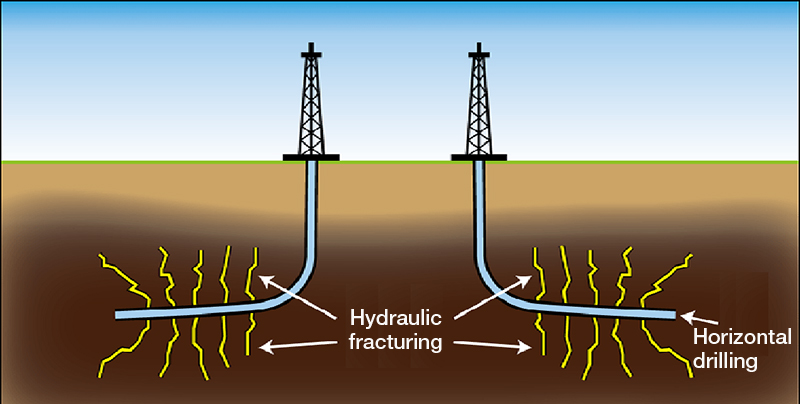 From this discovery the drilling companies investigated all the methods to:

– Facilitate the flow of this gas to improve pumping efficiency.

Then the pair of horizontal wells came to optimize the impact of the steam and the collect of the oil and gas.

1 thought on “Unconventional oil and gas”